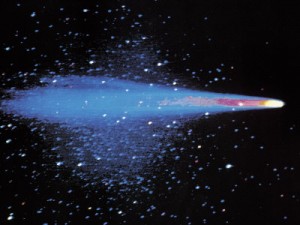 It seems that Halleys comet makes an appearance more often than this meteor these days, and for that meteorites, i apologise.
ive got more excuses for my lack of effort than a thirty year old virgin, but as the great George Washington once said
"It is better to offer no excuse than a bad one."

In reference to the above, you will be relieved to hear however, that i am 33 years old, and mrs M will be ushering in the arrival of our next meteorite sometime around August. Wahey!!

"So what on earth have you been doing all this time besides neglecting your blog, work, changing nappies, and decorating a new nursery" i hear you cry.
fear not enfield fans some progress has been made....

My year on the motorcycle began in ernest. I had just purchased the correct forks for the meteor rather than the sidecar forks which the bike came with and i had full intention to strip them down and tidy them up.

Then i recieved an email from a fellow meteor owner John Carsley stating that he was also in the process of doing one up and was one year along.

Being an absolute novice on everything that has an engine and two wheels i was most grateful to have a guy who was doing the same project as me whom i could pester for tips when the time came to rebuild my motorcycle.

i asked him to send me over a pic or two thinking it would probably stir up a bit of my almost non existant competitive side (total disgrace at every sport ever attempted.)

he attached a couple of photos starting with what appears to be his bike arriving at his workshop.
i took a peak. Parts wise, he had a lot more to work with than me, but he still had his work cut out 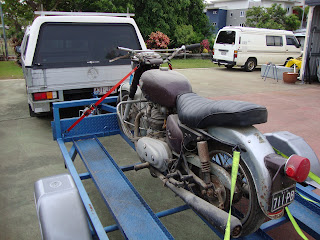 John then kindly sent me this pic of the progress he had made on his bike within 12 measly months. I was impressed. i was ashamed of myself. 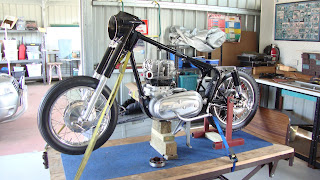 This was a restoration masterclass. John carsley being professor of bling. Me feeling like the class clown!   ﻿
I kidded myself that if i was retired, had a workshop like this guy and a bucket of cash to blow on my motorcycle i could produce something to a similar standard. bull. shit.
so i thought "if you cant beat them join them", and begged him for a few secret tips in getting a finish shinier than a bald mans head.

"As you can see by the pics my gear consists of a palm sander, many grades of paper , my two polishing motors and a basic linishing machine. 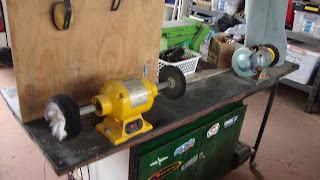 What it does not show is the time i have taken, and all I can say here is that time can be a huge factor in the job outcome.
Start with rough and move through the sanding range (do not be afraid to use machine cutting oil on some final sanding paper).
I also find that Brakecleaner is excellent for cleaning rubbish off the job before hitting the polishing wheels. Again time is the key(in my opinion).
Try a small piece yourself and maybe look for the help I have mentioned.
Finally do not be afraid to use good talcum powder for the touch up before showing off your work."

I bought myself a bench grinder from ebay for about £100, bought some spindles and polishing mops and went to work on my wheel hubs.
I Achieved a decent-ish result but nowhere near the above.
The corrosion on the hubs was pretty deep and i am still unsure whether to polish any deeper in case i lose the profile of them. Take a look. This may require some professional work to finish them 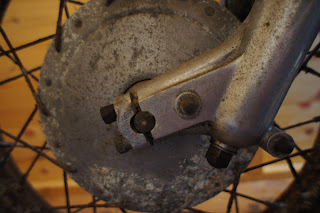 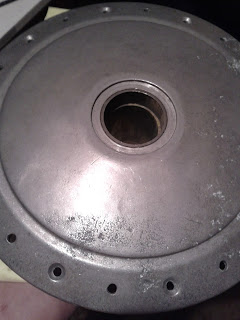 i dont get a great deal of time to devote to this motorcycle. When i finish work and return home, a toddler is usually thrust into my arms and i am tasked to either feed or bathe her or both depending on how much my little darling has been stressing out mrs meteor that day. 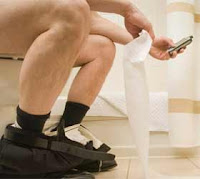 Spinelessly, i tend to find myself hiding in the toilet almost daily for a bit of piece and quiet, cradling a crappy old smart phone in order to scour the internet for any second hand parts which are on my mental need-to-buys.
The hardcore readers of this blog will have probably noticed that i have had a degree of success with some spares and it was worth the hours of pins and needles in my legs and perment red circles on my thighs where my elbows have been resting for so long.
However, it appears that in 15 months of looking, the holy grail of meteor minor spare parts has still managed to elude me..... 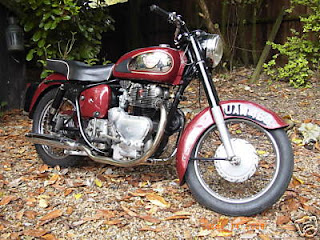 In comparison to my official redditch parts book, the above image is the closest example of a "standard" meteor minor i have seen. i look at this pic all the time for reference.
The reason i have included it today is because i wanted you to look at the front mudguard. it is a deep valance side number plated behomoth for the 17" wheel.
I was discussing the mudguard with some meteor owners at The Sunbeam club classic bike show at llanishen high school recently, and all of which seemed to think they look shit on the small 17" wheels and had opted for the more sleek chrome "sports" version
This item may be as popular a pork chop at a bahmitzfa, but my bike was originally a "standard" and thats what i was intending to restore it to
I have contacted every royal enfield dealer in the country in the hope that they may know of one and had no joy whatsoever.
it appears that availabilty is thinner than a chickens lip.
Up until recently, i had full intentions of producing a bike to the same concourse originality as the above example.
i have got almost all the other tinware but it seems i have hit a brickwall on this one.
A company called Rennovation Spares in redditch did have a guy whom said he could make me one, but it was way out of my budget.
Apparently these deep valanced mudguards would be pressed from a single sheet of material between a male and female former of some sorts.
But with 50`s tooling long gone, the guy would need to take a standard mudgurard blank and secret weld on additional side panels to create the deep valance.
It was £250 bucks before i even considered adding paint or chrome.
I suppose that if that was the last thing i needed for the bike i would consider it, but i have got so many other bits to get at the mo i just couldnt justify it.
Anyways, i needed to push on and get the hubs on new rims, complete the forks, and spray up the tin items. i needed to make a decision. Nerds and purists beware.... 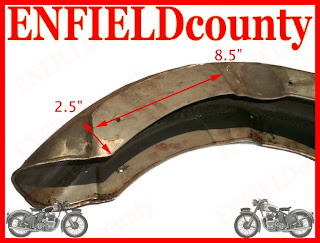 When i saw these items listed on ebay from indian enfield spares outfit  `Enfield county` for a meager £75 bucks delivered to my door, i thought i had struck gold.
It was as good a match for the orignal as i had seen.
My excitement was only momentary as i soon learned that it was for a 19" rim. ( i believe all indian enfields run on 19")
So i was in a dilemma
Pros- i could achieve the correct look mudguard, complete my tin ware and get it all sprayed up and fitted. plus i needed new rims and i was going to go for stainless wm2 dunlop profile rims. The indians knock these up for about half the price that i would pay for top quality mirror steel 17" rims from the likes of "devon rim company" in the uk which i was originally intending to use. This would mean i could pay for the paint job on my tin ware
Cons- i would have an incorrect motorcycle. the meteor minor runs on 17" wheels. The bike in the photo runs on 17" wheels. John Carsleys bike is on 17" wheels. plus i rember the gurus at llandow classics telling me that although the indian stainless rims are good quality, they have a slight yellow tinge. (they also suggested that a 19" rim would offer a more comfortable ride but i would need to change one of the gears in the gearbox)
﻿
﻿

I have lay awake at night mulling over the above for months. if money was no object of course i wouldnt even consider it -id be rolling on devon rim mirror steel crowned by the most expensive bespoke mudguard money can buy.
Unfortunately my lottery numbers havent made an appearance just yet and the only twin mrs M wants me to blow my bank balance on is a Jane Power Twin double buggy for my two meteorites. 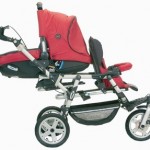 "it doesnt matter which side of the fence you get off on. what matters most is getting off. you cannot make progress without making decisions" -American entrepeneur Jim Rohn
With my bike sat stagnant in the shed mrs M bought me, i decided to push on and get the mudguard and the rims. something that may come back to haunt me.